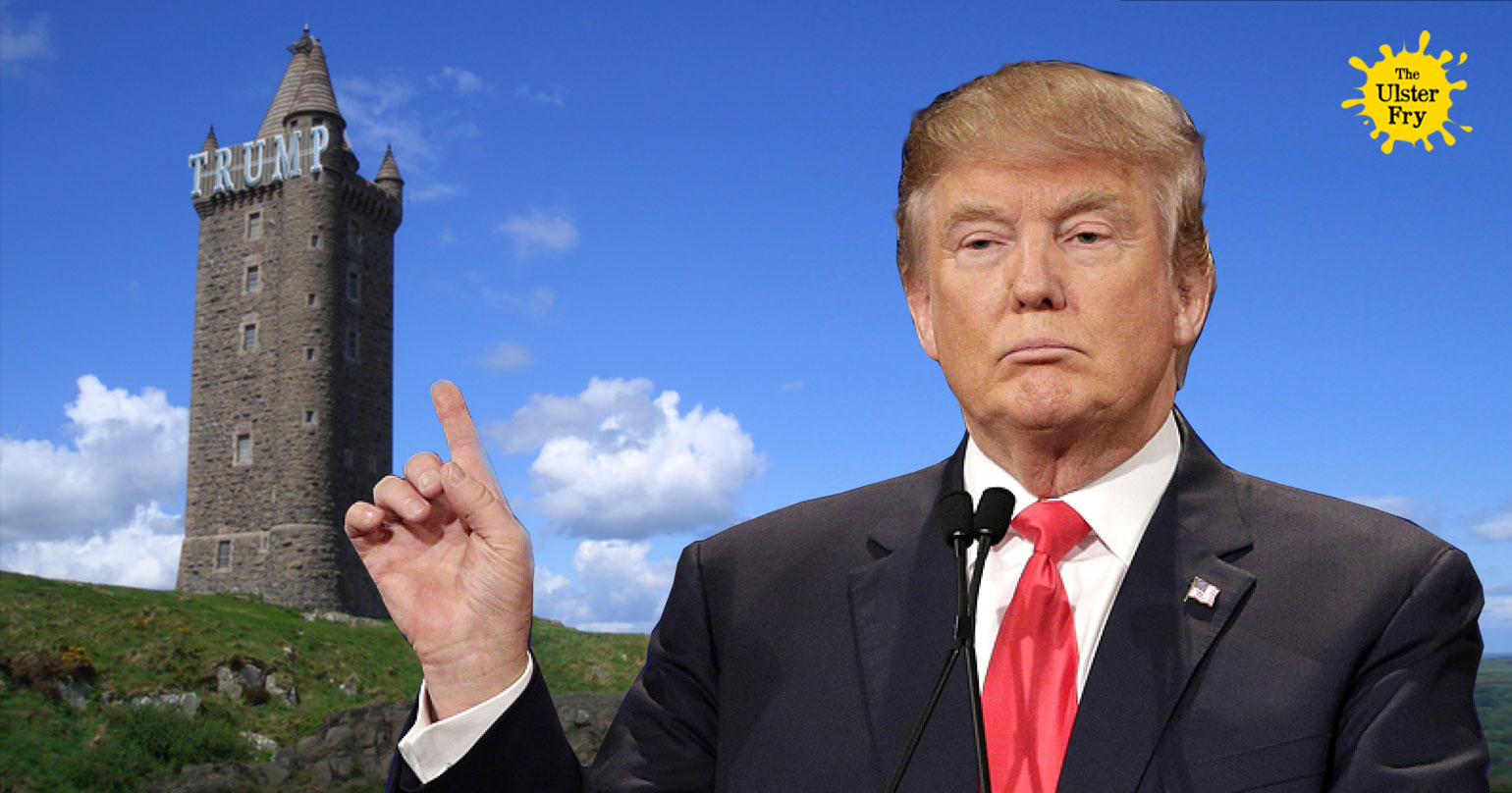 Following an invite to visit Northern Ireland, the Ulster Fry has learned that Donald Trump is to expand his portfolio of eponymously named real-estate landmarks by buying Scrabo Tower in Co Down.

“We’ve accepted an offer from Mr Trump and it’s worth a clean fortune!” revealed former owner, Newton Ards.  “He asked me how much I was looking so I just pulled massive number out of my hole, for the craic. I nearly shit a brick when he said ‘Aye that’s grand hi, the Mexicans are paying for it anyway!’.  He’s off his rocker!”

Trump’s historic visit to Ulster remains shrouded in mystery, but our source at the White House did reveal some exclusive details of his trip.

“President Trump reckons he can really help the Northern Ireland peace process!” revealed White House aide, Dick Wallbasher. “Not only is he a diehard Republican, but he’s got decades of experience as an orange man… so he’s ideally qualified to bring both sides together!”

“So he’s inviting all the Northern Ireland politicians out for dinner, drinks and bitta craic” he continued.

“We haven’t finalised a venue yet” he admitted. “The Spaniard seems too foreign. The Merchant sounds like it’ll be full of immigrants and he’s not big into that whole Europa craic… but the Northern Whig, Fibber Magee’s and White’s Tavern caught his eye!”

It is then expected that President Trump will head west of the Bann, taking the Ulsterbus 212 to Derry.  “Aye he heard they have a border with ‘Mexico’ and a big massive wall that was used for keeping people out”

Arlene Foster is also planning on bringing the President to Fermanagh, where she said Mr Trump can expect “a very warm welcome” at an official state banquet in a local chicken shed.