Two East Belfast men intimidated from their homes by PSNI 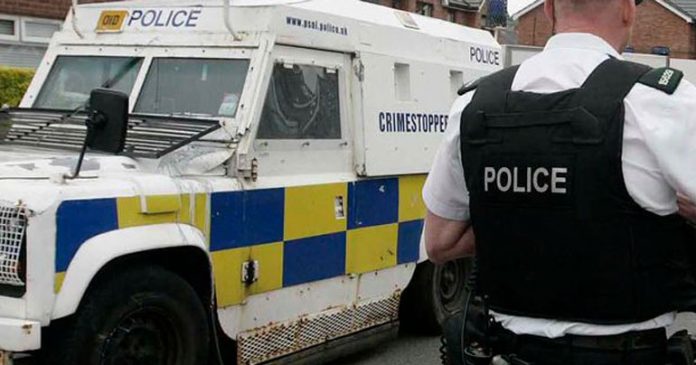 Two alleged criminals from East Belfast were forced to leave their homes today after police officers knocked on their doors and intimidated them with the law, the Ulster Fry understands.

“They just rocked up and told they had to leave!” revealed nosey neighbour, Michael Keogh-Caine. “Just point blank told them they had to ‘get out‘ cos they’d been arrested!”

“Why can’t criminal suspects and police officers just get along in this day and age? It’s 2017 for gawds sake!”

The intimidation has been sparked by controversial new research into NI census data, which reveals groundbreaking new evidence that Northern Irish people are either ‘Catholic’ or ‘Protestant’ – and most shockingly, that they’ve been living beside each other for decades – often on the same street!

Cross-Community tension group, Sectarian Lives Matter, have since sprung to the men’s defence however, claiming that all Catholics in the occupied six counties are ‘probably in the IRA’ and that every protestant in Ulster is a ‘most likely a member of the UVF’

Neither the DUP or Sinn Fein have condemned the remarks, initially because it would mean doing some actual work – but mostly cos it suits them grand.