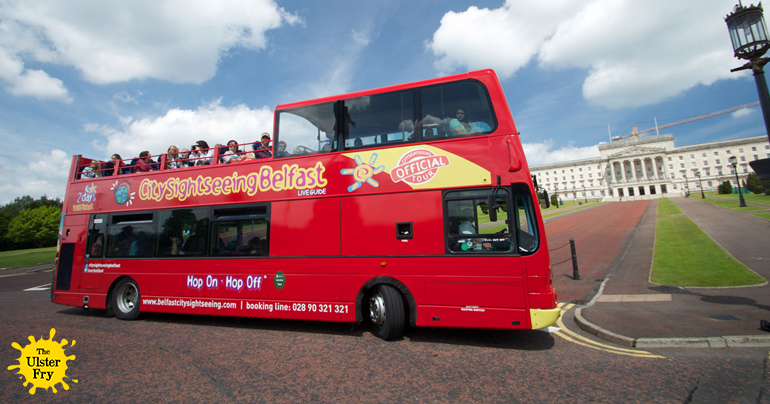 Stormont’s finance committee members were engaged in tense negotiations this morning, over the content of sing-along on their bus trip to Dublin.

It is understood that a heated argument developed over the proposal to sing the school trip staple “Everywhere we go, people always ask us,” after the MLAs failed to agree where they come from. A Sinn Fein motion that “the occupied six counties” should be chosen was rejected by Unionists, and DUP requests that “Ulster” should be adopted met with a similar reaction in the Nationalist camp.

Likewise an Alliance suggestion that the assembled MLAs could sing “If you’re happy and you know it clap your hands” met with an angry response from DUP members, who refused to countenance being happy “whilst in the Free State”, and flatly refused to get involved in “ungodly clapping.”

Discussion then moved on to “The wheels on the bus go round and round” – a centre ground option that appeared to be gaining cross party support. However this was rejected after members were forced to concede that the wheels had come off the Stormont bus some time ago.

After much heated debate, two Petitions of Concern and a UUP walkout, it was decided that the MLAs should sit in total silence on the bus, but that the US President should be invited to send an emissary to facilitate future negotiations on bus trips.

The only dissenting voice was that of the DUP’s Jim Wells, who is insisting on breaking the silence to shout “Yeooooo” as they cross the Boyne.