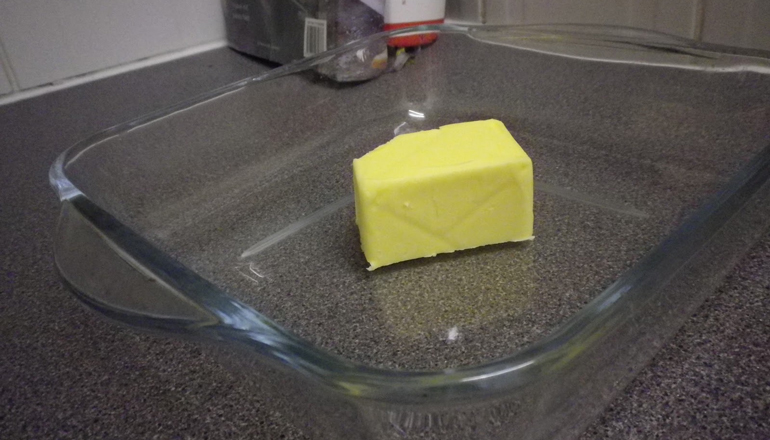 A survey of top international chefs has revealed that recipes that say “add a knob of butter” are the ones most likely to make them snigger in the workplace.

“Slightly rude ingredients are a key part of any recipe,” says the reports author, James Sponge-Finger, “so it is vital that we gather data to allow more effective innuendo development for future culinary television shows.” After reading the report, we asked several top chefs for their favourites.

Irritatingly smug TV chef Jamie Oliver agreed that being told he needed a knob of butter was hilarious, but said that he preferred a different item. “I like melons,” he told us, “ripe firm melons. Melon balls are also amusing. You’d expect them to be huge and quite painful, but in fact they’re tiny and delicious.”

Ready Steady Cook star Ainsley Harriot revealed that both of his favourites were chicken related. “Plump thighs and firm breasts,” he told us, “Slap your breasts on the chopping board missus, that’s what I like to say of an evening.” He then laughed in that really annoying manner of his and brandished an elongated pepper grinder in our direction.

Kitchen temptress Nigella Lawson is well used to a bit of sauciness on her TV shows. “A big spicy sausage always has me in stitches,” she claimed, as she gazed into our camera and sucked on a wooden spoon for no discernible reason. “Failing that, I like nice set of floury baps.”

Restaurant critic Jay Raynor also joined in the fun. “When I go out to review somewhere the first thing I ask the waiter is ‘can you make me pea soup?’ It always brings the house down. If they say no I ask ‘well can you make me shit lumpy custard then?’ You should see their faces….”

However slightly frightening Bake Off judge Mary Berry was less amused. “Youse eejits are just making up a list of vaguely rude things,” the Bruce Forsythe lookalike told us when we shouted at her through her letterbox. “Any more of this nonsense and I’m calling the police.”

“Now be off with you,” she concluded, “I need to whip up some cream horns and moist dumplings for tomorrow’s show.”