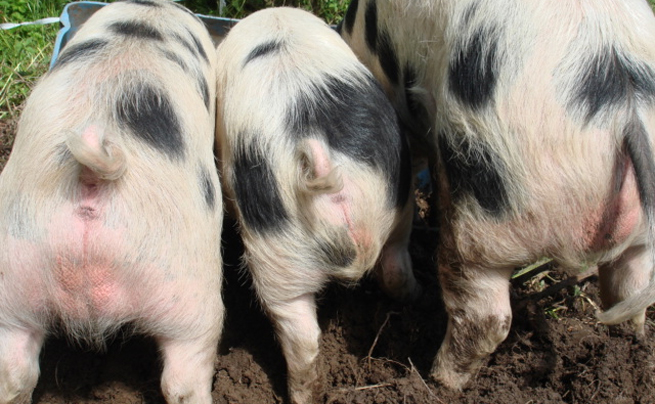 A Banbridge man who was cajoled into a Bank Holiday visit to an open farm believes that they have replaced IKEA as the worst thing to do with a hangover.

45-year-old Jim Kardashian joined his family on a trip to Farmer Muffintop’s Big Fun Barn outside Moira, despite spending the previous evening accidentally consuming every alcoholic beverage in the house.

“I should have known when I arrived,” he told us, “I think most of Lisburn and Craigavon was there, the carpark was bunged and I could smell the shite before we even got out of the motor. That was the farm by the way, not the people from Lisburn and Craigavon. I think.”

Mr Kardashian then spent 30 minutes queuing in the middle of hordes of squealing children, all the while being forced to carry his own chunky offspring, “because that’s not what we brought the pram for.”

Once inside the true enormity of his mistake soon became clear. “Look, I’ve done IKEA on a May Bank Holiday after 10 pints the night before, I’ve done the Next sale on Boxing day, but this was on a whole new level,” he told us, between sobs.

“In IKEA you’re just forced to listen to what might look nice in the living room. You can just say ‘aye’ and think about other shit, but at least you don’t end up with your face inches from a pig’s arsehole while trying to stop your child licking a goat.”

Open Farms have become increasingly common with grants available for farmers who want to make money from animals before we eat them, so bosses at the Swedish furniture giant will have to up their game if they want to retain top spot in the Hangover Hell league tables.

“We are already making changes,” said Björn Wilander from the store’s head office, as he unveiled the new GÖATSPISK animal licking section at their Stockholm branch.