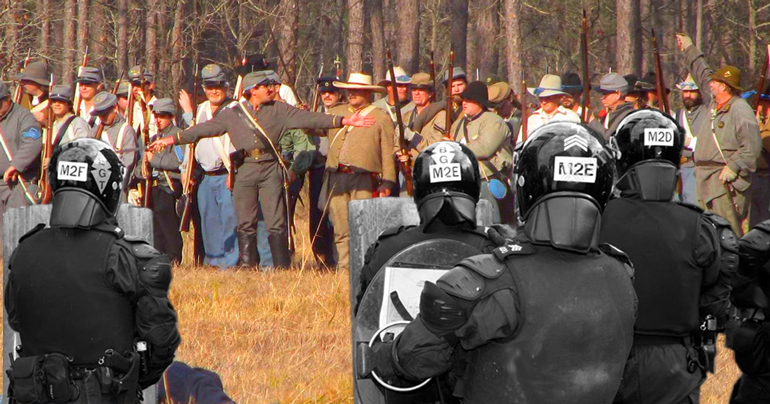 With riots sweeping the U.S. following the election of Donald Trump, protests have now reached our shores with the PSNI reporting ‘historically accurate civil unrest’ at the Ulster American Folk Park.

“The election of Trump is an affront to the memory of Ulster emigrants who made the long journey to new, far-off lands,” said park reenactor Penny Farthing.

“He’s not our President, Lincoln is,” claimed the part-time yarn spinner, “So we’re not allowing any tourists in until he resigns. They just can f**k off back to where they came from!”

The PSNI have confirmed that rioting began in the park’s ‘Old World’ area, before spreading across the Atlantic.

“It’s pretty hostile in there,” confirmed Sergeant Barton Round from the PSNI’s Historical Enquiries Team. “We’ve seen a number of horses hijacked and several covered wagons have been set on fire. We haven’t seen trouble like this since Ulysses S Grant was elected President in 1869.”

Observers have reported seeing masked men firing muskets from within the ranks of protesters, resulting in a cavalry charge from the PSNI mounted response unit. However the situation soon calmed when officers arrived with a cannon.

“The real McCoy,” says Sergeant Round, “not one of those wishy-washy water cannon yokes you see in Belfast.”

This is the worst case of historically themed civil disorder in Northern Ireland since the famous Folk and Transport Museum riots of 1985, when six people were killed during protests against the Corn Laws. 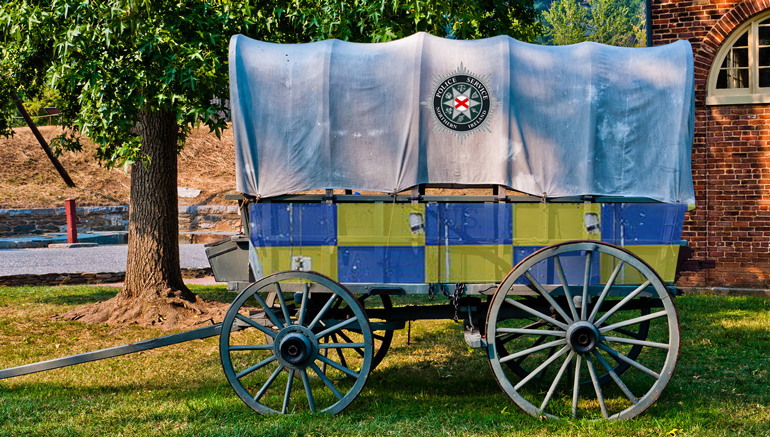