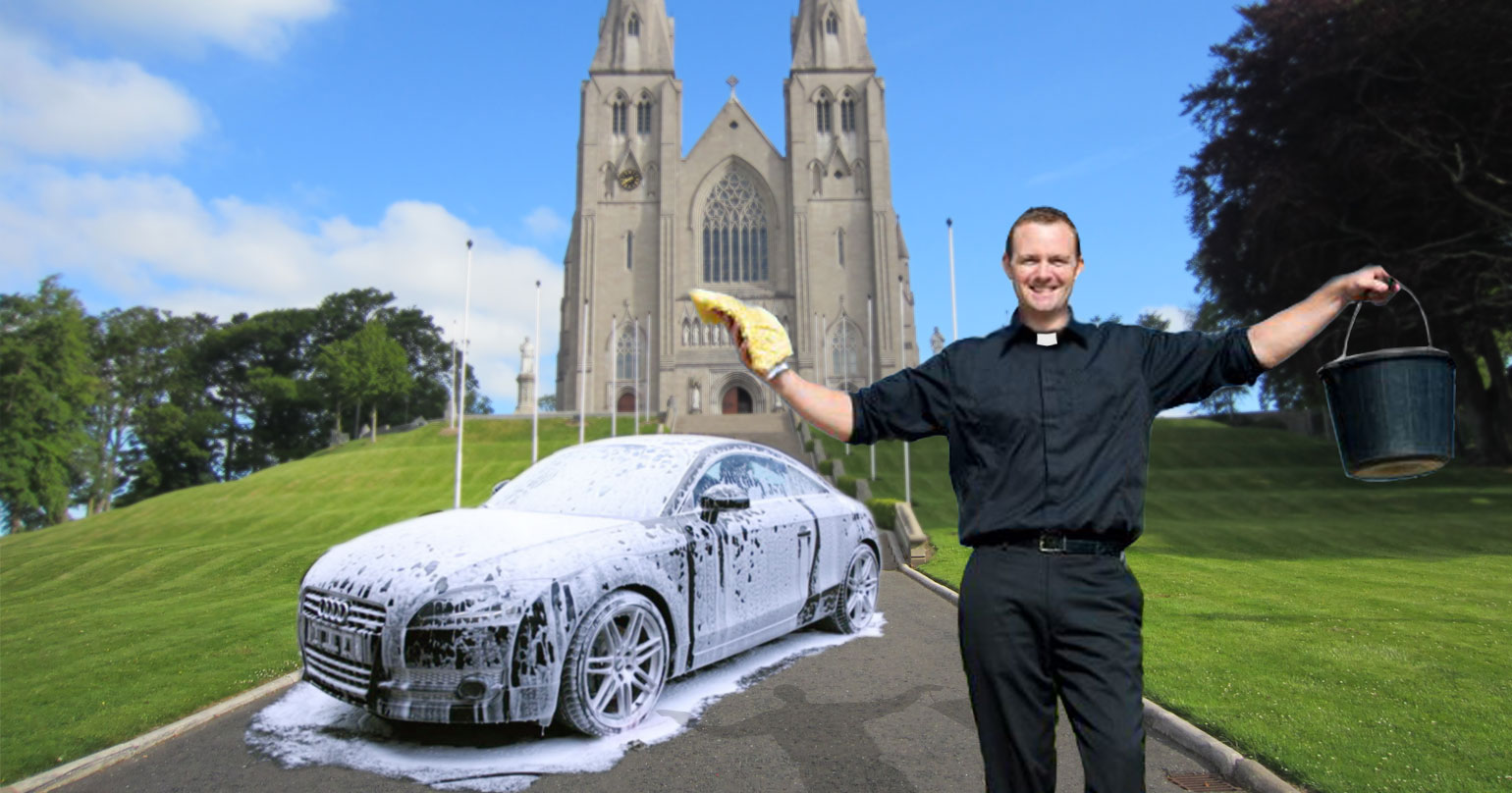 Following the announcement of a drive-thru Ash Wednesday at a church in Galway, an Armagh chapel are going one better with a scheme that will additionally wash and shine your car for charity.

‘Car wAsh Wednesday’ is the brainchild of Father Paul Pitt from St Patricks in Armagh, who says he was planning his event before the drive-thru news broke.

Others are trialling similarly modern schemes. Armagh church are doing a photo-sharing confession service called “SnapCheat”, St Eugenes in Derry are offering takeaway portions of Holy Communion with taco sauce, whilst collection baskets in Enniskillen have now been replaced by iPads.

These devices are passed around as normal, allowing church goers to make a donation online. However there have been issues with the payment provider.

“Currently we only accept Papal” revealed a source.