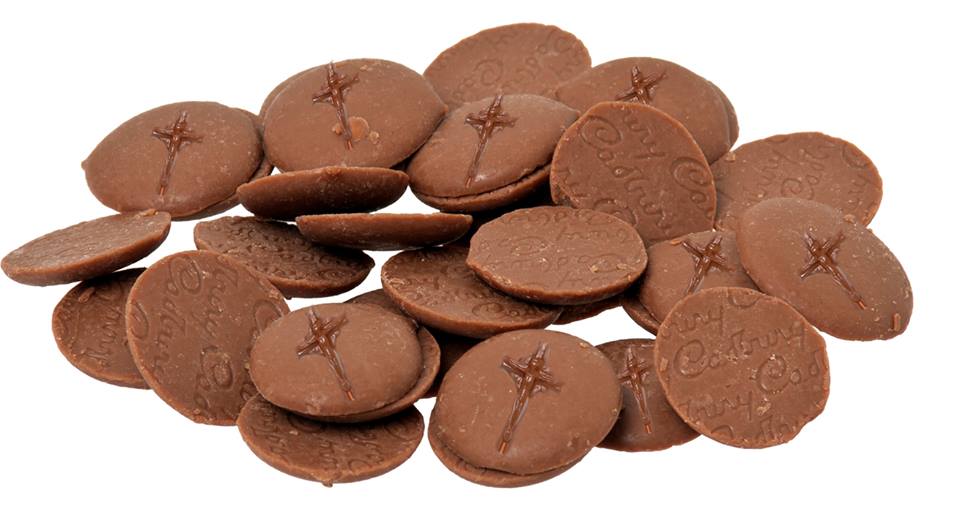 The Vatican has unveiled a surprising Easter Egg of their own this year, by announcing a most unexpected partnership with confectionery giant Cadbury’s.

In the latest of his odd liberal acts, the new ‘cool’ pontiff has, after months of planning and negotiations, bizarrely arranged to replace traditional Holy Communion at this Sunday’s Easter Mass – with a Cadbury’s chocolate alternative.

His holiness Pope Francis first announced the news last night on Twitter, then explained to reporters that “the time is right to fuse the sweet customs of popular culture, with the savoury values of old traditions. We seek to move into the future, together!” 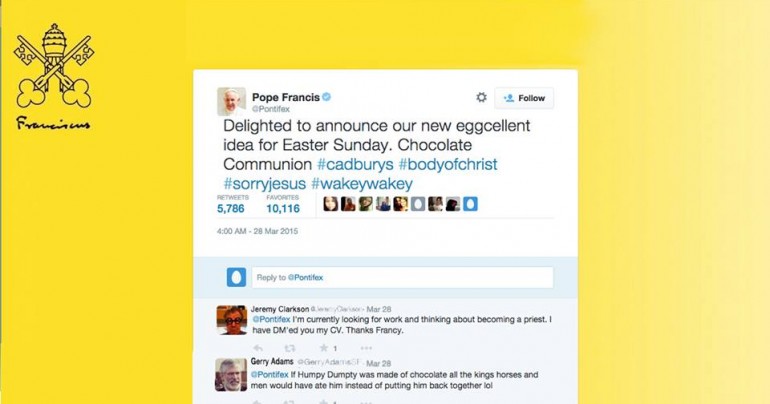 From pictures released to the press, the new Communion appears to contain an embossed chocolate cross, attached to a Cadbury’s Chocolate Button. The move has been lambasted by purists as ‘a blatant attempt to appeal to the world’s youth generation’ – who more commonly associate Easter with a large rabbit than with Jesus.

However news of the new ‘sweet communion’ is going down well with some local church-goers who, after almost 40 days of abstinence from sweet and fatty foods, think that it’s the ‘perfect’ way to end the Catholic ritual of Lent.

Quinton Patrick from Armagh told the Ulster Fry “I think it’s a great idea after weeks of cravings! I’m dying for a bit of chocolate. Plus it’ll be great to take Holy Communion that doesn’t stick to the roof of your mouth – or taste like f**king cardboard!”

The deal, rumoured to be worth €5 million to Cadbury’s, has been months in the planning, with chocolate communion secretly being transported to parishes across the world in the last few days. It is rumoured that 50% of the balance has already been transferred to the confectionery giant via the Vatican bank’s e-commerce system, Papal.

However, not all churchgoers have approved of the ‘blasphemous’ plan. “Sure Jesus was white so this should be too!” moaned Patrick O’Hanlon, a devout mass-goer from Enniskillen.