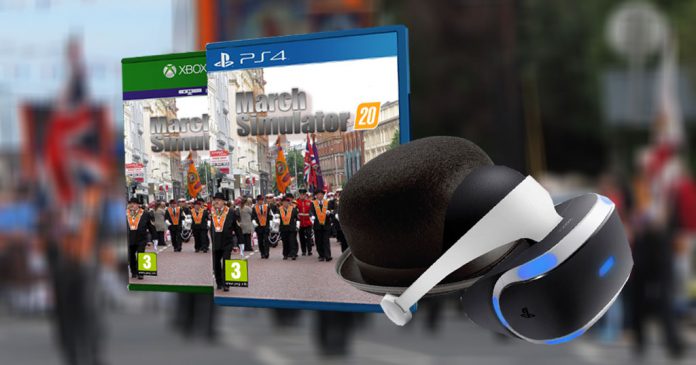 The Secretary General of the United Nations has assured The Ulster Fry that the cancellation of 2020 Twelfth of July parades will be met with a “swift and coherent” response by world leaders.

António Guterres told us that the UN recognised the importance of the parades across the globe, and that plans were in place to make sure that the impact of the cancellation will be mimimised.

“We have been talking to a video games designer in Markethill who has plans for a virtual Twelfth already in the advanced stages of development,” explained Señor Guterres.

“The UN has created a multi-million dollar fund to ensure that this is completed as soon as possible, and we will be issuing the game and headsets as Personal Protection Equipment globally.”

According to the game’s designer, 28-year-old Billy Money, the game will allow players to take in the full sights and sounds of the Twelfth while self-isolation.

“You’ll just pop on the headset and can parade around from the comfort of your own home,” he told us. “Just go out to the garden and amble round if you fancy a culchie Twelfth, or march around the toilet if it’s the Larne experience yer looking for.”

“There’ll even be a Residents Group option, if ye fancy playing as one of themuns.”

To watch the full interview with inventor, Billy Money, watch The Isolate Late Show on The Ulster Fry.