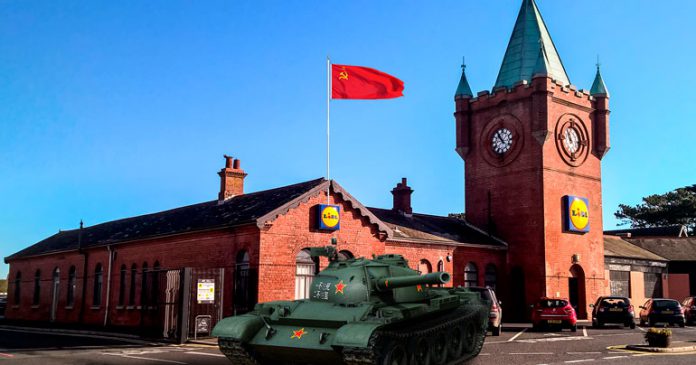 Seaside towns across Northern Ireland have come together to form a new independent republic in a bid to avoid an influx of Coronavirus laden tourists over the Easter bank holiday weekend.

“Obviously, in normal circumstances we welcome tourists,” he told The Ulster Fry. “However, the weekly invasion of our beaches and caravan parks cannot continue during the Covid-19 outbreak, we just don’t have the services to cope. People appear to be literally dying to walk on the beach, and we’d like to avoid joining them.”

“This morning, at 6am, Special Forces from the USSR Republican Guard seized control of key facilities in resorts across Northern Ireland, including ice-cream shops, amusement arcades and putting greens, and we’re setting up border checkpoints on all major routes.”

“Our foreign minister has negotiated the purchase of a rake of surplus tanks, jets and other military hardware from North Korea, so attempted border incursions will be met with robust response.”

The Ulster Fry understands that the United Nations Security Council will meet to discuss the developments and a peacekeeping force may be sent to enforce a demilitarised zone outside tourist hot spots.

“We don’t want this to escalate into conflict,” explained UN Secretary General António Guterres. “No one wants to see a repeat of Ballywalter/East Belfast Poke Wars of the 1950s.”