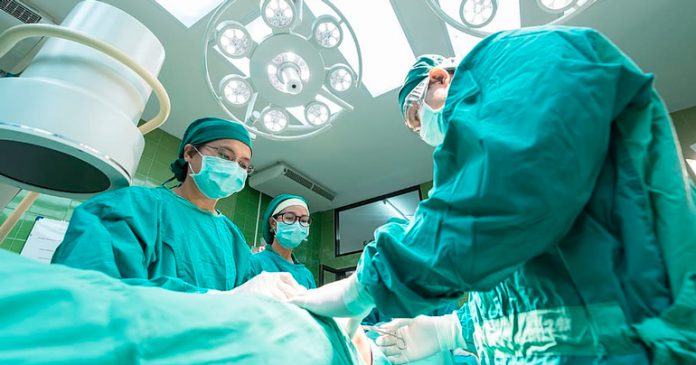 “Clearly we’ve been getting this wrong for years,” says top brain surgeon Professor Brian Sturgeon. “I always assumed that masking up was to somehow prevent the spread of infection, but Mr Wilson has put that argument to bed.”

“Mr Wilson’s research indicates that wearing masks is unnecessary in shops and workplaces, so I’m not going to bother either.”

“Next time I slice someone’s head open I’ll make sure to breathe over the wound as much as possible to keep everyone safe.”

“What’s the point of all these gloves and gowns as well? In future I’m going to do operations in my pyjamas, it’ll save me literally minutes getting out to work in the morning, and I can just go straight to bed when I get home.”

We contacted the World Health Organisation and it confirmed that it would also change its guidance in the light of Mr Wilson’s intervention.

“When someone with the medical expertise and experience of Mr Wilson speaks, you have to listen,” said WHO spokesman, Askya Watt.