Internet explodes after Stephen Fry slags Strabane, or something 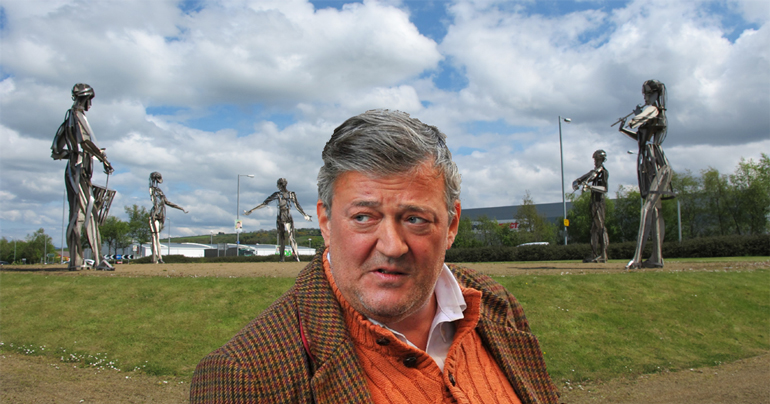 The Ulster Fry understands that the much loved comedian/national treasure slagged off Strabane whilst presenting the Oscars in one of the town’s nightclubs, causing an immediate social media backlash.

Local MLA Pat Romney was the first to react. “That Fry bastard needs to apologise for calling Strabane people bag ladies, or whatever he did,” tweeted the SDLP veteran, after he half heard the story whilst in the shower.

Sion Mills native @Phatman16 was also quick to leap to the defence of the town. “You can’t get away with labelling an entire town like that,” he posted, “even if it is a shithole.”

The Twitter backlash was so extreme it forced the comic to close his account. “I can’t be arsed with this shite,” he wrote, or words to that effect.

It later emerged that Fry hadn’t slagged Strabane at all, and that it was actually some doll off Big Brother who may or may not have had a bottle thrown at her during a public appearance in the town, but by that stage no one really cared. Mr Fry, meanwhile, had made a joke about one of his friend’s clothes.

Despite this, the righteous indignation continued to build on social media as people rushed to comment in the hope of being quoted by the Daily Mail. As a result at, 2 o’clock this afternoon a large part of the internet exploded in California, forcing Bill Gates to introduce emergency back-up procedures.

“Everyone needs to calm down,” he wrote on his My Space account. “From tomorrow I’m banning all mention of Stephen Fry and Strabane, and limiting Facebook posts to articles about women who feel empowered by posting photos of themselves in their bras.”