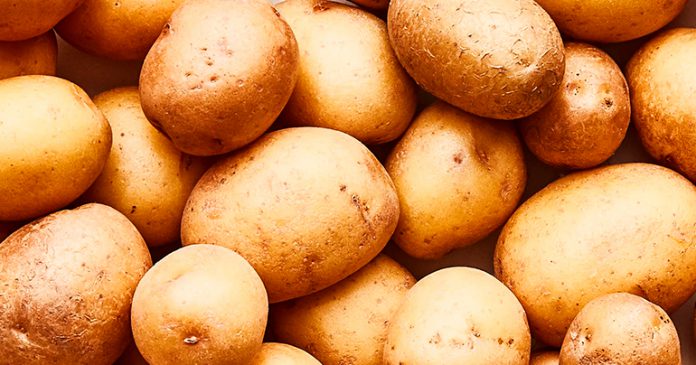 The post-Brexit fallout continues with the PSNI reporting a surge in the lucrative Irish Sea potato smuggling racket.

“The NI protocol is making it difficult for supermarkets to get hold of basic items,” says Chief Inspector Harris Piper from the PSNI’s elite Vegetable Crime division. “Organised crime gangs are filling the gap.”

“Some cartels are using “spud mules” to smuggle potatoes into the country,” he explained. “Just two days ago our sniffer dogs detected a carrier at Belfast City Airport.”

“When searched he had a bag of Kerr’s Pinks with a street value of over £4.50 stuck up his arse. Who knows what damage these could have done in our towns and villages.”

As a result, the PSNI are cracking down on the illegal potato market, carrying out raids on roadside dealers who display coded messages like “Balls of Flour, £2.00 a bag.”

“This is not a victimless crime,” says Piper. “We’re seeing young kids becoming addicted to hard spuds. They start out on stuff like Waffles and Alphabites, but soon they’re off their heads on Smash or robbing pensioners to pay for an expensive croquette habit.”

Anyone with information on illegal potato related activity can contact the PSNI on 999, phone the dedicated “Chipstoppers” helpline, or email Naomi Long at the Ministry for Justice.

“Just put the word “Potatoes” in the subject line and one of my staff will get back to you,” she told us.