Northern Ireland ‘not at centre of the universe’, discover Scientists 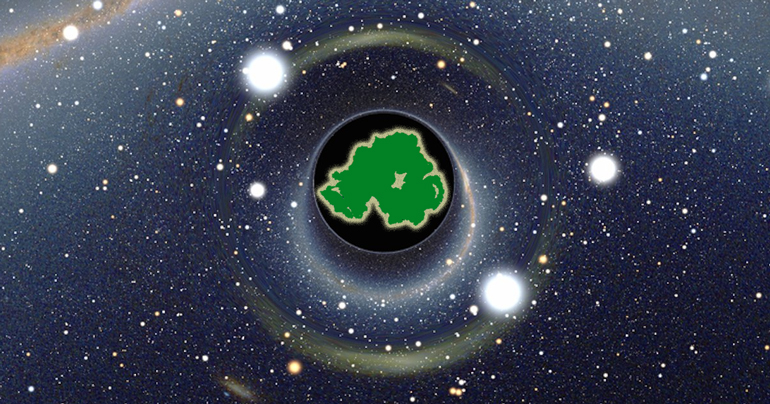 The world of science has been turned on its head by the findings of a new study conducted by scientists at Caledon Institute of Technology, better known as Caltech.

The Co. Tyrone boffins have apparently spent the last few months observing the movement of things called planets, and have come to the shocking conclusion that they do not, as previously thought, revolve around Northern Ireland.

“It turns out our pre-occupation with all things local may not be entirely correct,” says Professor Brian Fox from Caltech’s Astronomy Department. “There may indeed be other stuff going on beyond our borders, things which may also have an impact on our planet.”

The news will come as a shock to the Province’s parish-pump politicians and paramilitaries who are so intent on maintaining our navel gazing focus.

“It is easy to forget that our continual petty squabbles over place-names and symbolism pale into insignificance when we look at events on a global scale,” Fox explains. “The scenes in Aleppo show us the terrible consequences of sectarian strife, and we should be grateful that we seem to be moving on from our own conflict.”

“However they should also remind us that there are people, usually themuns, who would like nothing better than to drag us back into that kind of shite.”

Politicians here briefly removed their heads from their own arses to react predictably to the news, demanding that the report should be translated into Irish and Ulster Scots before they’d give it due consideration.