Christmas shopping in Belfast – a guide for culchies 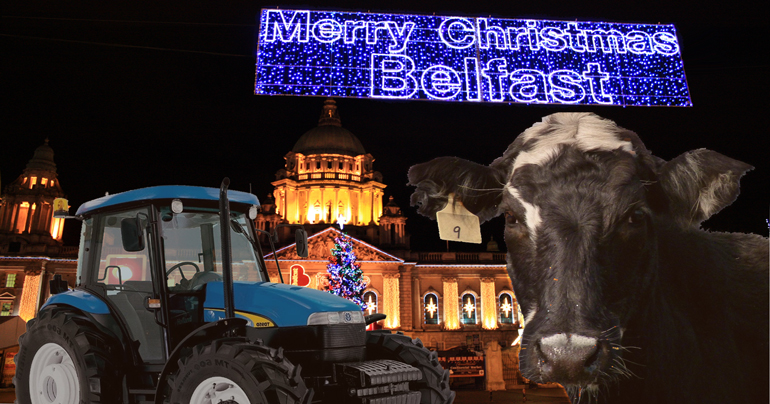 At this time of year lots of country folk are planning trips to “the big smoke” to do a spot of shappin’, but for the uninitiated a visit to Belfast can be a pretty traumatic experience. We’ve put together a few handy pointers so our culchie friends know the score.

1. It takes about three hours to travel a couple of miles

Driving in Belfast is one of the most unpleasant experiences known to humanity, coming a close second to sticking pins in your eyes. You need a degree in one-way systems to navigate round the city centre, and it’s likely to cost you about £3 million in bus lane fines and the same to park.

Despite this, city folk complain when they get stuck behind a lock of sheep for five minutes on the rare occasions they leave their urban idyll. You’re better off getting the bus or train.

2. The public transport is shit.

Aye fair enough, you’re probably not better off. Even if you live somewhere with access to rail networks you’ll probably end up deposited in the unCentral Central Station. Then if you try to take a bus it’s like trying to unravel the Da Vinci Code to work out which one will get you to your destination. Then it won’t turn up.

3. It costs a clean fortune for a pint.

Four Pound wha? It’s the same beer as back home but costs at least a pound more. Bring a carryout and drink it on the bus, if you can find one.

4. It has a whole rake of weird shaps

WTF is going on with an entire shap that sells nothing but soap? How much soap do you need? There are only three types of soap – men’s, women’s and that Swarfega stuff you use to get all the shite off ye when you’ve been “out in the shade.”

5. The rest of the shaps are the same as the ones in Lurgan

It used to be you came to Belfast to go to fancy big stores like Robinson and Cleaver or C&A. Now they’re the same all over. There’s even a Marksies in Omagh FFS, and at least Omagh has proper shaps called things like “Walter Robinson’s Gentlemen’s Outfitters” and you can bate them down a bit for a discount.

There are two types. Trendy ones who have more than one colour of jeans and drink gin out of old plant pots, and scary looking ones who talk wild fast out the side of their mouths and always have their hands wedged down a pair of saggy grey tracksuit bottoms. Both the male and female of these species should be avoided, look for fellow culchies and stick close to the herd.

You can get everything you need round home anyway, if ye think about it.