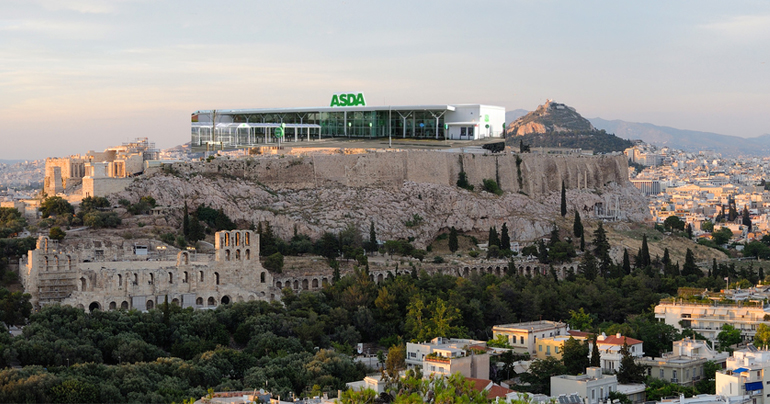 After years of being poked fun at for being one the most deprived places in Northern Ireland, Strabane today made an audacious bid to improve their global economic reputation – by offering Greece a lend.

“Aye we had a look at our finances, then we had a look at Greece’s and we realised that things weren’t that bad after all” said Noel Cash from Strabane Chamber of Commerce. “So we got together and decided we’d like to help out by offering them a crisis loan. Turns out we’re rich beyond their wildest dreams!”

Citizens across Greece are reportedly spending hours every day queuing at bank machines in an effort to withdraw their life-savings for fear their banking system will collapse. “Aye we heard about that and felt lousy on them” continued Cash “cos we’ve got loads of bank machines in Strabane that hardly anyone ever uses. So we decided ‘feck it’ – we’ll send our unused ATM’s out there if they’ll swap us a few of their fancy buildings!”

“The Blue Parrot bar has called dibs on the Acropolis for a big comeback, and we reckon the Temple of Athena will make a quare snazzy bus station. Sure we’ll not know ourselves!”

As part of the deal the Ulster Fry understands that the world-famous Asda, Strabane will be relocated to Greece as part of the financial-aid package. “Aye it’s got loads of spare bank machines and it’s only really Derry wans that shop there, so we’re happy to get shot of it tbh.” he added finally. “Besides, they are giving us Zeus in return!”

It is understood that the Greek God will use his lightening bolts to power the town’s electricity supply for the foreseeable future, saving the town millions in household bills whilst Greece gets it’s act together.

Rumours that he would be played by Liam Neeson and arrive pre-fitted with a ‘Pay & Go’ meter remain unconfirmed at the time of going to press. 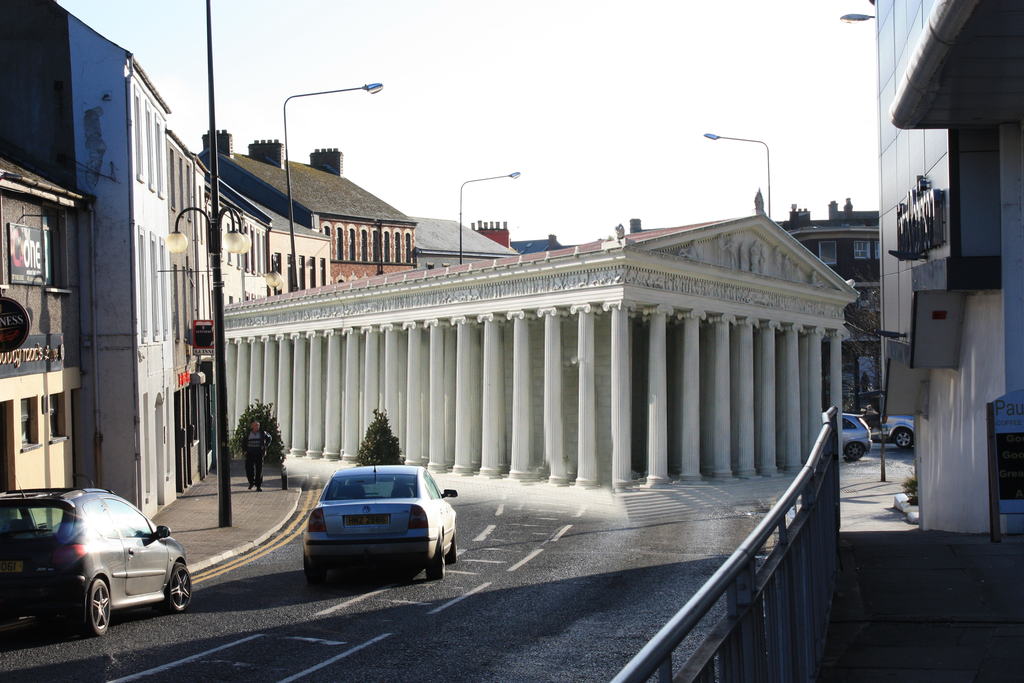