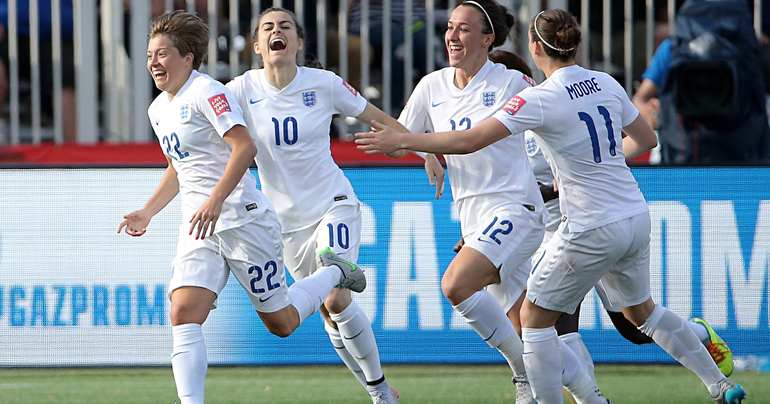 After decades of disappointing letdowns from the men’s team, English sports journalists have finally found something worth writing home about after the England Women’s team made the World Cup semi-finals in Canada.

England beat the hosts 2-1 over the weekend to secure a last four match against current holders Japan – a fixture that many English sports journalists are billing as ‘the greatest showdown in the history of man… except with women’.

“We were brilliant against Canada. Just brilliant!” said football writer Tim Nutmeg. “I read the whole story on the BBC website afterwards and our women clearly dominated. Which doesn’t really surprise me, you should meet my wife!”

Should they go on to win the tournament, English journalists are expected to champion the women’s game even further, by routinely slagging off the men’s game whilst complaining how much they get paid in comparison to what they’ve actually achieved.

“Aye we’re working on a fancy new info-graphic showing how much Wayne Rooney earns” said Daily Mail sports journalist, Jeffery Dribble. “but rather than use numbers we are measuring his pay cheque in comparison to ordinary people’s jobs – to make it more relatable to our readership and reinforce how much of a jammy bastard he is!”

“For instance last week he earned the wages of 750 teachers… or 3 plumbers!”

As the women’s team progress in the tournament euphoric chants of “Football’s coming home” were reported from houses around the country. “Nah that’s just us” admitted one of their husbands. “We’ve been eating takeaway for weeks and still haven’t figured out how to use the washing machine FFS.”

“Most of us have just been buying new clothes in Primark instead!”