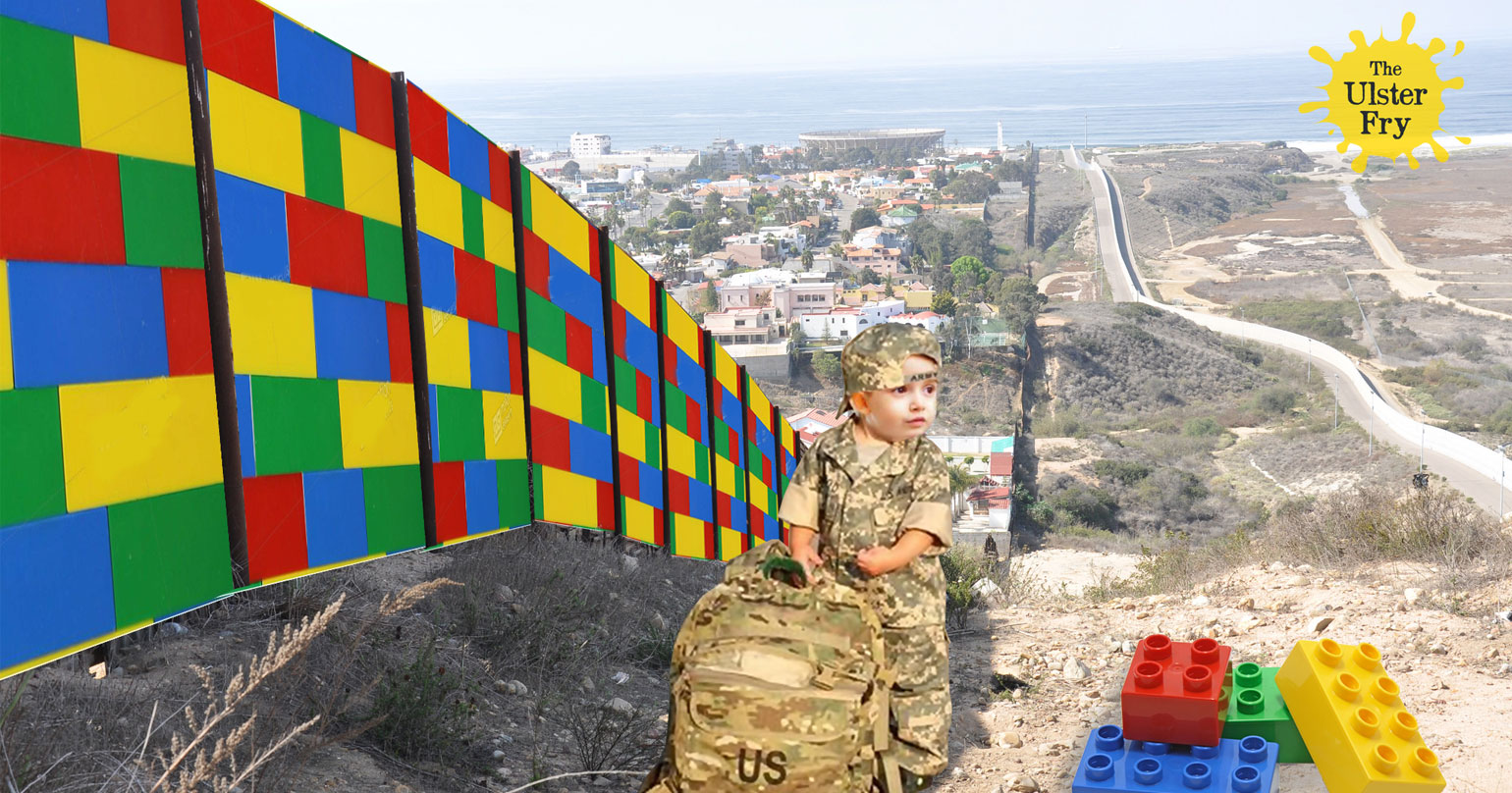 Following a ban preventing citizens of any Muslim nations that aren’t rich enough to trade weapons or oil with the U.S. from entering the country, Donald Trump has revealed another ambitious new plan to keep American citizens safe.

“And they have access to truly wonderful American-made weapons. They really do. So we’re gonna put these little guys and gals to work keeping our citizens safe, instead of you know…. accidentally shooting them n stuff.”

“It’s gonna be fantastic!” he added.

Following Trump’s latest order, U.S. airports and ports authorities will soon be patrolled by an army of gun-toting pre-schoolers. The hope is that their fiercer killing reputation and statistically higher bodycount will scare off any would-be terrorists arriving at their borders.

“Them ISIS lads don’t stand a chance against us” said commander Dillon Snuggletot from 25th Infantry Division. “We already kill far more Americans than they do – and now we’re coming after them instead!”

It is understood the controversial Mexican border wall will also be built by Kindergarten groups across the country, in an effort to keep costs down for the U.S taxpayer.

“The whole thing is being built with Lego as we speak!” revealed Trump. “And following my latest executive order, we’ll only be using the red, white and blue blocks from here on in!”

“We’re sending the other colours back to wherever they came from!” he confirmed.