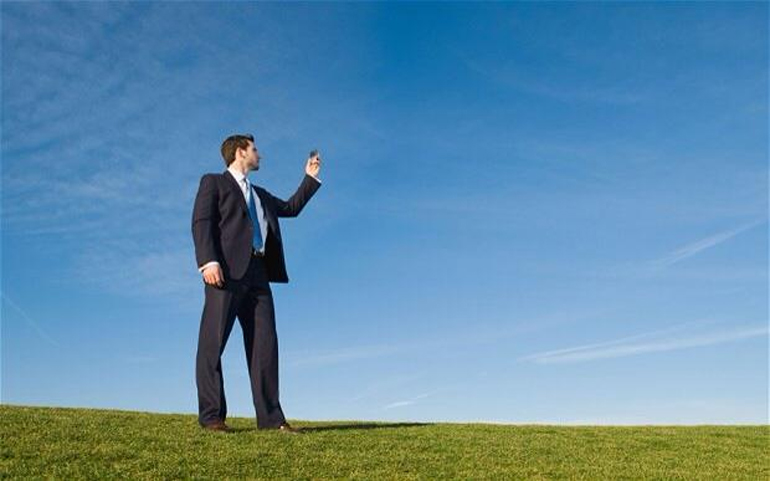 There was anger across the UK yesterday after the O2 phone network suffered major connectivity issues, which a company spokesman admitted meant users in London were the same quality of service “you usually get West of the Bann.”

“Aye the whole network’s gone to shite,” said O2 Head of Phone Stuff, Jonathan Samsung. “Folk in England are getting virtually no signal, and are telling us that they’re constantly picking up services from the Republic of Ireland and being charged a clean fortune. We’re doing our best to sort out the problem, but to be fair, it just means that an average Londoner is paying the same money for the same service as anyone who lives in Tyrone.”

“We’re well used to it,” we were told by Strabane native Cathal Blackberry. “Where I live you have to hang out an upstairs window to get a wee bit of signal, then spend the entire call shouting ‘can you hear me now’, and only hearing yourself echoing back in the earpiece.”

“Mind you, we’re supposed to be upgrading soon to that fancy 1G service,” he continued, “O2 are coming round and fitting smoke signals in every home, I think you can even get a mobile smoke signal that fits on the roof of your car.”

Omagh resident Felicity Motor-Ola had a similar story. “I upgraded recently to 2 paper cups with string running between them,” she told us, “having previously had a Nokia Morse Code lamp. You just walk round to your friends house and give them a cup, then wind the string back to your place. It’s a big improvement, although sometimes the line can get snagged and you pick up paper cup signal from Donegal.”

Back in London there are concerns that the “Tyrone Phone” issue could spread to other services. “I’ve heard that we might be getting a ‘West of the Bann’ style bus service, said Phoebe Erikson, a 24 year old posh person from Chelsea, “and apparently they’re downgrading all the roads and closing the only hospital within a 40 mile radius. That said, I’m quite looking forward to being able to burn turf in our smokeless zone.”

We tried to contact someone important to ask about this stuff but couldn’t get any signal.