“We hate people too,” admit sprouts 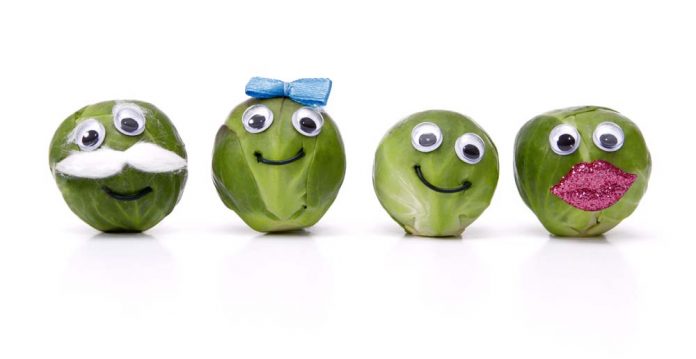 After centuries of people saying how much they dislike the small green vegetables that garnish dinner plates each Christmas, sprouts have finally admitted they hate people too.

“I know one oddball who still thinks humans are nice,” revealed 3 month old Tesco vegetable, Russell Sprout. “But most of the lads I know can’t stand them!”

“They think they can just push us around their plate, ignore us and they accuse us of making them fart,” he continued. “It’s a disgrace in this day and age.”

Despite their widespread dislike of humans, sprouts keep choosing to spend Christmas with them – in a bizarre festive phenomenon even they can’t explain.

“Most of these so-called “people” have awful taste,” explained sproutswoman, Lily Cabbage. “They watch X-Factor, think Mrs. Brown’s Boys is funny and hang tacky decorative signs in the downstairs toilet  And you should see the shape of the outfits they’re dolled up in today… just to prance around their kitchens FFS!”

“But I suppose they’re part of Christmas tradition,” she sighed, “so every year a bunch of us get together and head over to their houses for dinner. It’s basically a charitable thing.”

However a small group of inventive sprouts believe they’ve discovered a way to make Christmas with humans bearable.

“If you slather yourself in melted butter it masks the awful stench of Lynx Africa they give off,” explained Reggie Green, from the National Union of Sprouts.  “Plus if you sprinkle yourself in bacon lardons they often get confused and eat you!”

“And that really messes with the bastids!” he beamed.