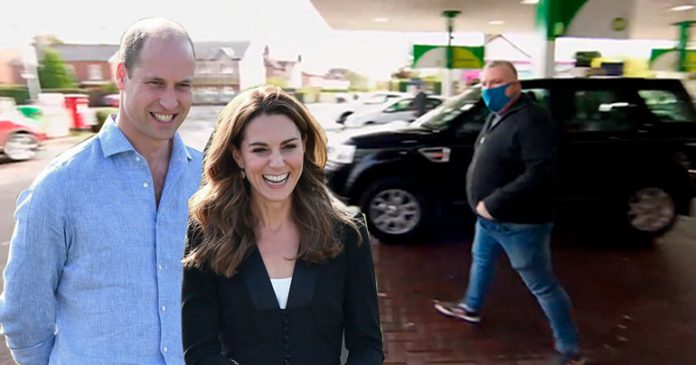 The Royal Family has moved quickly to counter the negative publicity surrounding Harry and Meghan’s interview on Oprah, by granting Stephen Nolan an exclusive chat with the Duke and Duchess of Cambridge.

The Ulster Fry understands that the interview commences with the loud mouthed BBC presenter chasing the Royal couple around a petrol station in Newtownards, demanding to know why they haven’t masked up for the occasion.

After the dust settled, the pair talked candidly to Mr Nolan about their secret double life since they moved to East Belfast, revealing how difficult it can be for young royals to blend in with locals in the city.

Mr Nolan then opened the phonelines to regular callers to his show, allowing Big Willie from Glengormley to finally clear up whether Kate prefers flute bands or accordions (flutes), and Sean from Coalisland to complain about the lack of train stations west of the Bann.

As a result of the interview, everyone has stopped talking about the Harry and Meghan revelations and we can all move on to more important things.