Translink to install sick buckets on buses over Christmas period 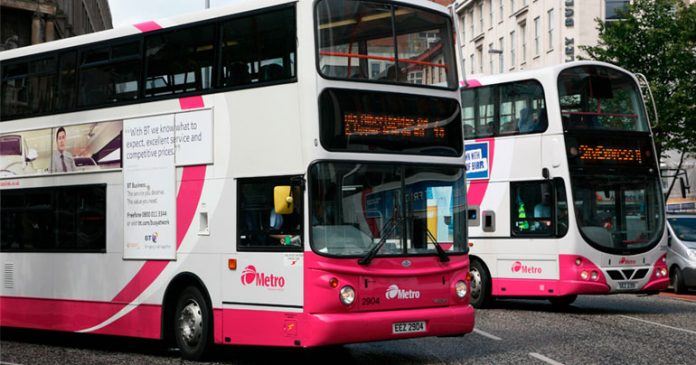 International transport giant Translink has revealed plans to install sick buckets and toilets on their fleet of buses to cope with drunk commuters during the Christmas festivities.

“There’s always a chance you’ll get a half-cut passenger on an evening service,” he told us, “but at this time of year you get a whole rake of amateur drinkers who’ve had six too many at the office Christmas lunch, so it can be mayhem from 5 o’clock onward.”

“This festive season we’ve introduced a fleet called Boke Buses, with specially designed seats that have a pull-out sick bucket so you can yack your hoop in relative safety.”

The drunk passengers we spoke to were delighted with the idea.

“Thish is fokin brilliamp,” said Sandra from accounts, as she sat on the pavement outside city hall. “I donch ushuilly drink mulsh but Kevin from credit cuntroll bought me sumfin calt a schemin boohoo, and I dunno if I can make it back to Ballyhackamore without barfin.”

Her friend Janice confirmed that Sandra may need the facility. “She won’t make it as far as Connswater without chuckin’ her carrots. She hasn’t a clue what she’s at, she hasn’t lived in Ballyhack in 10 years FFS.”

Travellers on longer journeys will also be catered for, with the front two seats of all Goldliners replaced with toilets.

“There’s nothing worse than bumping your way to Ballymena with a bladder full of cocktails,” says Dingroom. “Hopefully this will avoid folk trying to pish into an empty coke bottle at Sandyknowes.”