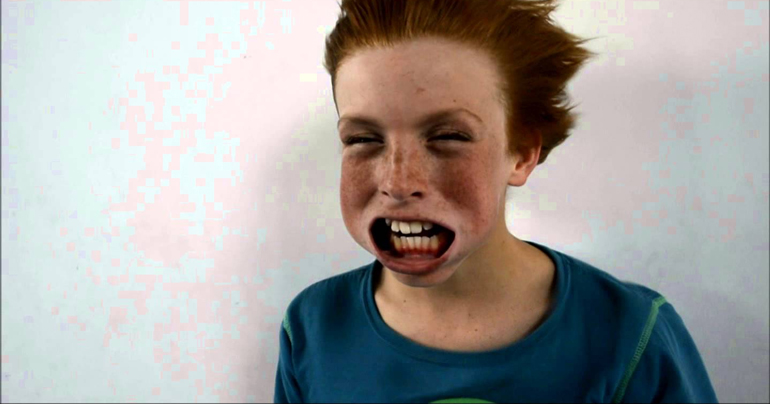 A boy from Comber is now permanently disfigured after failing to listen to his mother’s warnings about the dangers of making faces in windy conditions.

12-year-old Billy Nutsack was pulling faces at his younger brother during a family outing to a nearby industrial estate when his mother issued the stern advice that his face could remain stuck should the wind alter its course.

Unfortunately, young Billy continued to gurn at his sibling, failing to notice the change from a stiff northeasterly to a slightly less blustery breeze from the south. To his family’s horror, the youngster’s face was immediately locked into a hideous expression.

He was rushed to the Ulster Hospital where doctors set about trying to save his cherubic features. Unfortunately, despite the surgeon’s best attempts, no headway was made.

“This is yet another avoidable accident caused by failure to listen to cliched parental expressions,” Dr Brian Cocks from the hospital’s Made Up Illnesses Department told us.

“Just last week we had a young lad suffering from badly singed hair, caused by sticking his head in the fire because his friend told him to. And, of course, we often have to treat boys who further injure themselves after coming running to their fathers when they break their legs.”

In 2012 his cousin Harry astounded scientists by actually turning into a packet of crisps, after his mother warned him what would happen if he continued to eat them in large quantities.