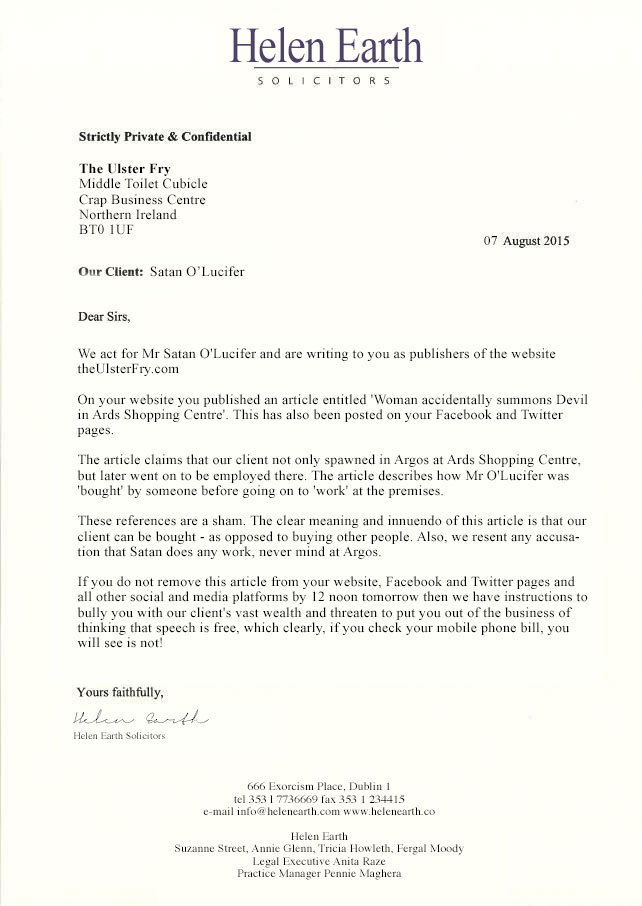 Fans of free speech had their throats ripped out by Satan this morning, after the Prince of Darkness instructed his solicitors to take legal action against a rogue satirical website, TheUlsterFry.com. A letter from Satan’s lawyers (attached) claims that an article published on the website tarnished his squeaky clean public image, and brings his currently pristine reputation as an incorruptible supreme-being into question.

The dark lord now wants the satirists to quickly take the offending article off their small corner of the accountable internet, so that angry advocates of free-speech can re-post the article on even bigger parts of the unaccountable internet for all eternity – thereby drawing even more attention to the thing he was trying to have taken down in the first place.

“We didn’t know much about this boy until we heard about this letter, but now we certainly do,” admitted everyone in Northern Ireland. “Can he be given the Good Boot in the Hole Award?”